After the Diamond-back surplus, it's the turn of Blastobasis adustella to appear in increasing numbers. The star of the show today was my first Dusky Hook-tip, an uncommon immigrant. There was a total of 350 moths of 70 species, including 106 micros of 21 species. 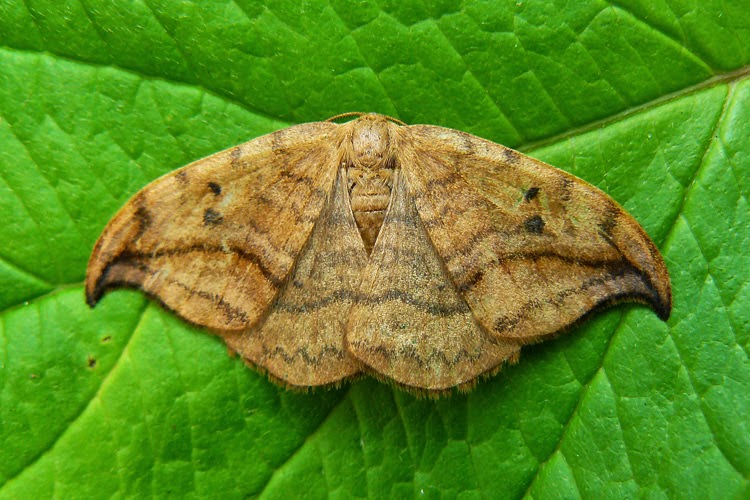 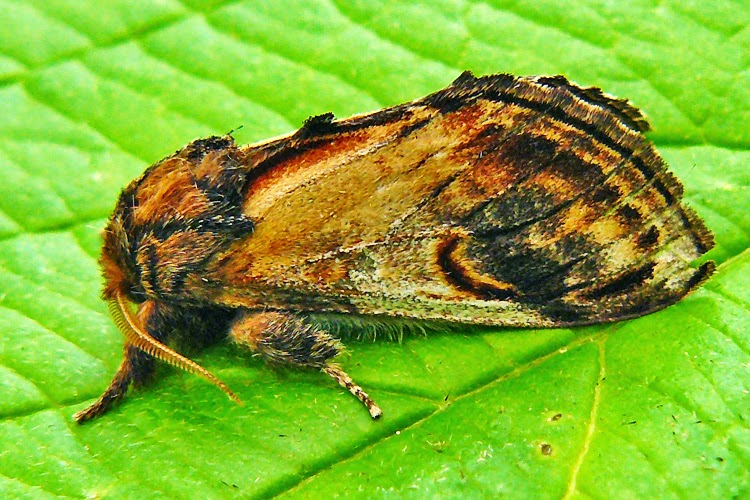 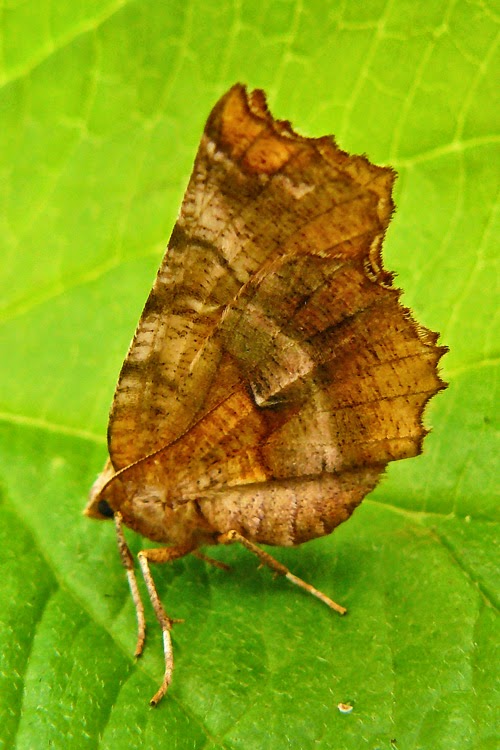 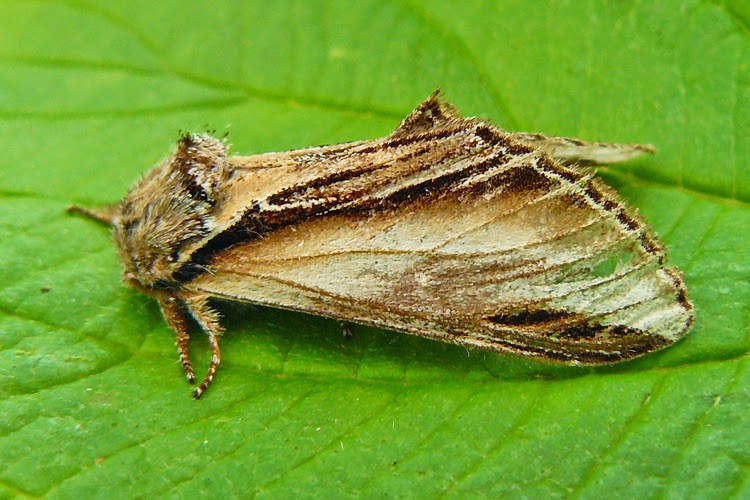 Good to have a reasonable night, albeit a bit colder, down to 16 deg C, than the previous few nights. Another Cochylis species, but this one looked different around the head and thorax, being whiter. I've not chopped it up, but it looks more like pallidana to me. Altogether there were 404 moths of 72 species, of which there were 112 micro moths of 22 species. 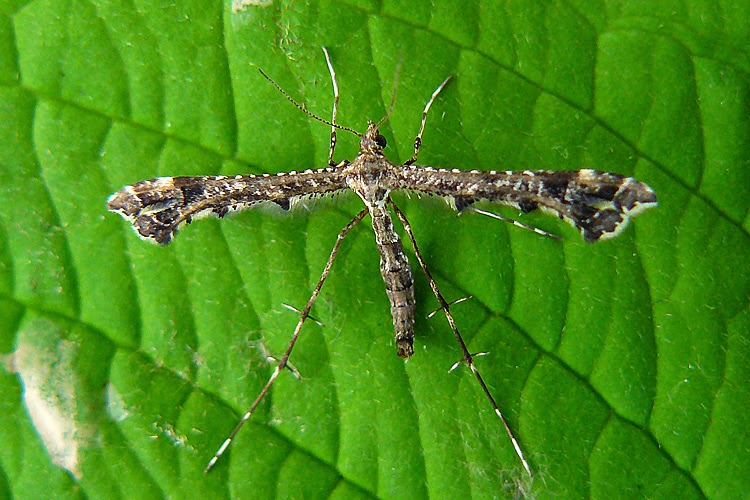 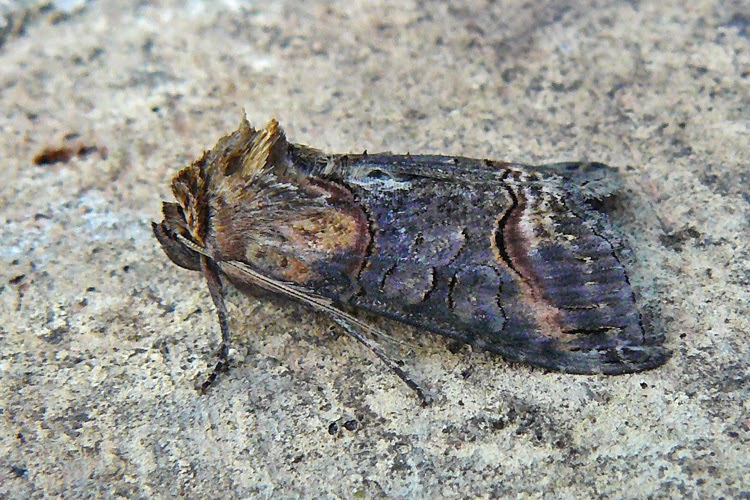 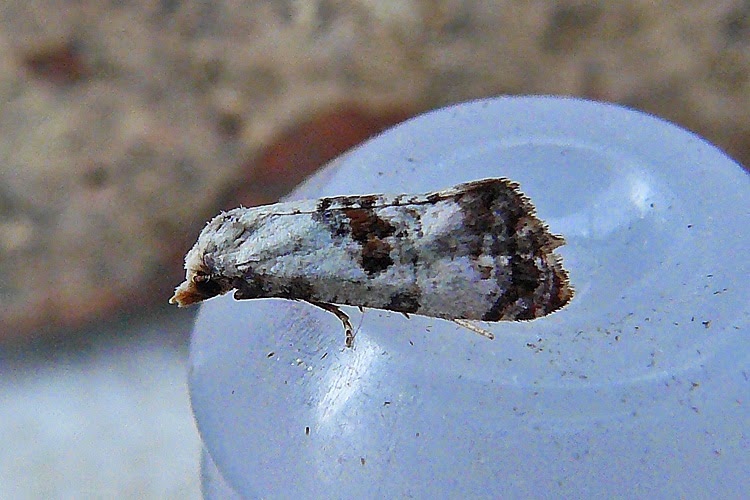 Cochylis pallidana - My identification from pictures, I've not dissected it, as it now has its freedom. 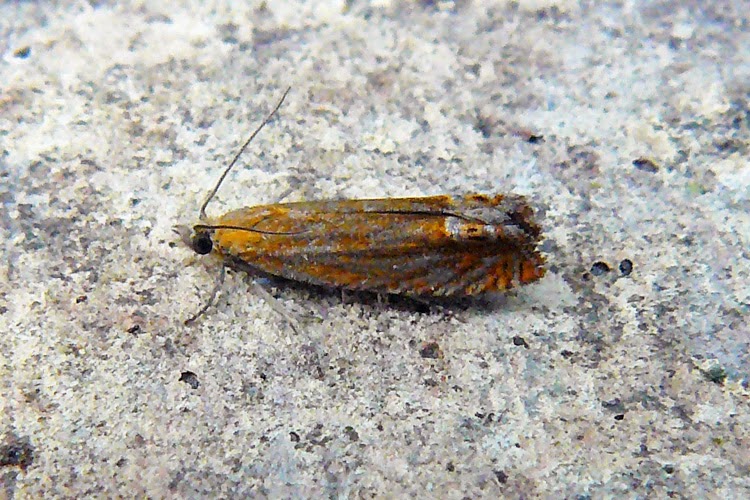 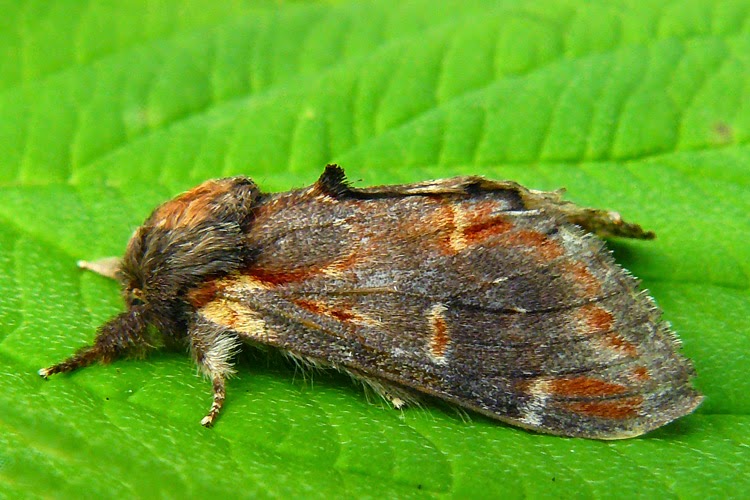 After two days when the weather was bad enough to deter me from mothing I've got the traps out tonight. I have still managed to add one species to the year list by having a good look at some photos from a couple of nights ago. 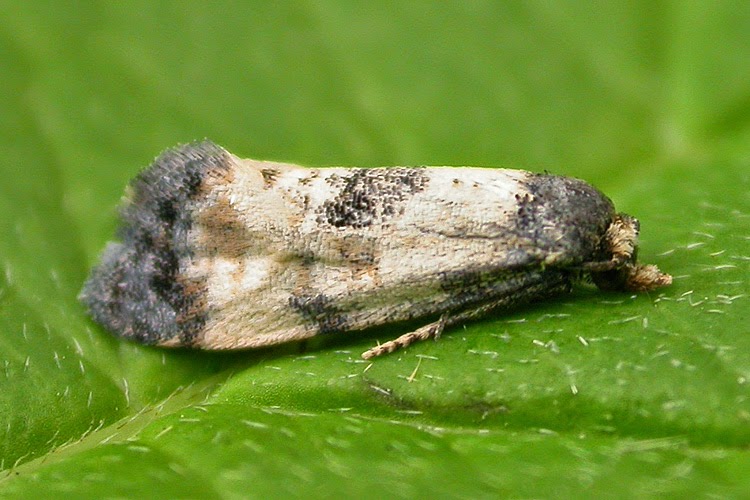 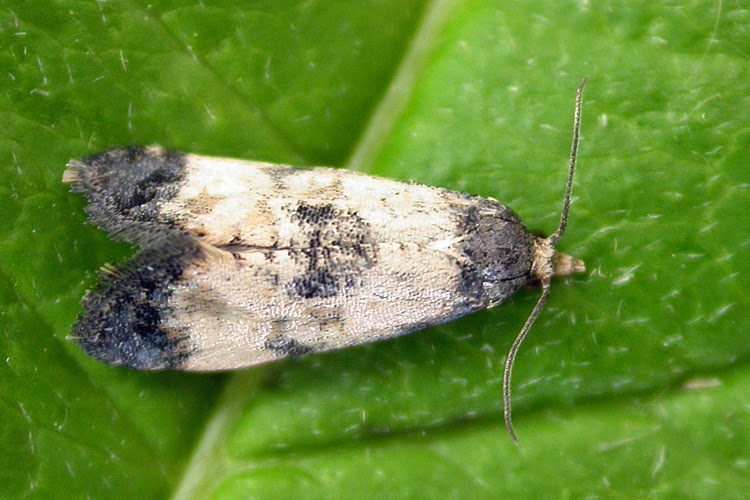 Providing I've got it right this is 964 -Cochylis dubitana. I've actually caught this for the last two or three nights, but only managed a proper photo for an identification from the last trapping session.
Posted by Tony Morris at 23:32 No comments: 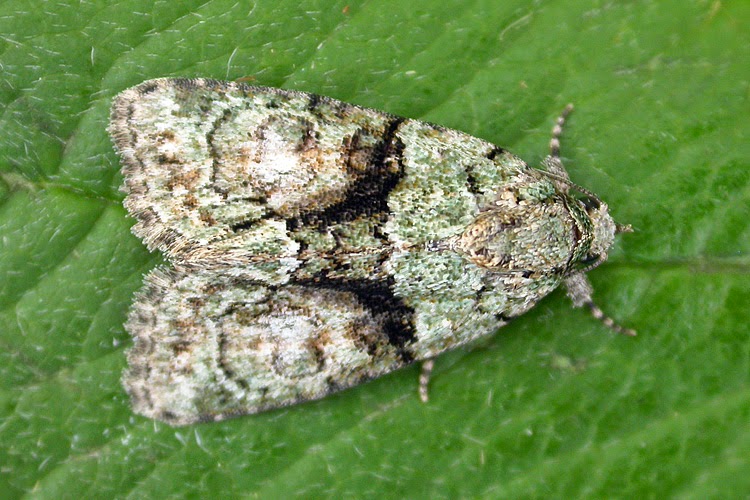 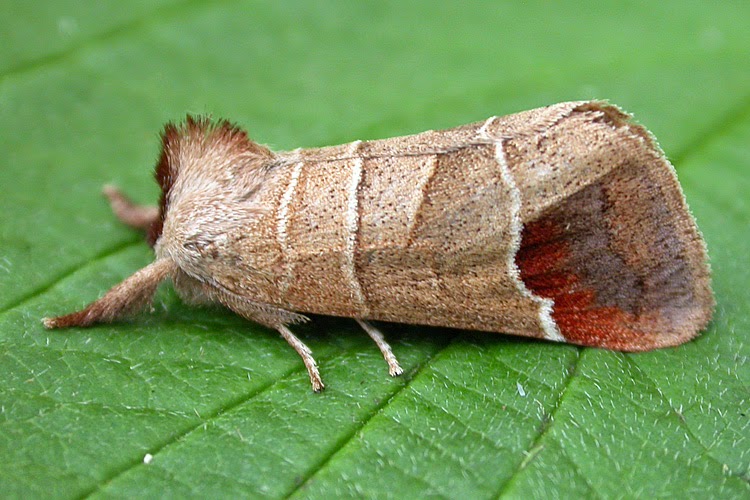 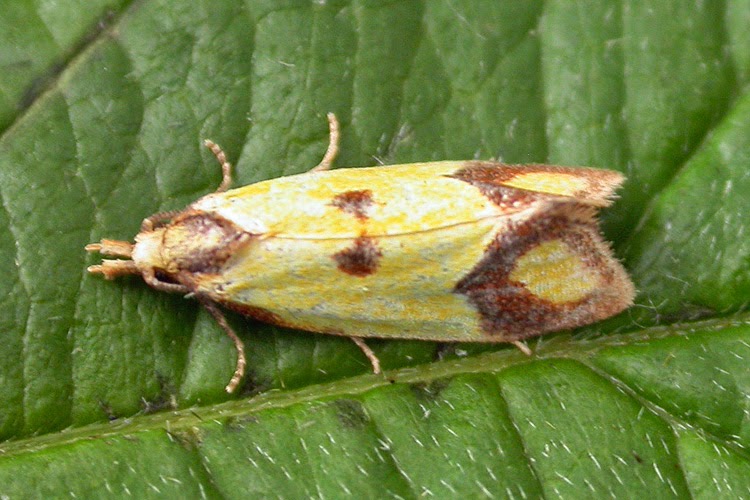 Another good mothing night with a minimum temp, of 17.3 deg C. While I was looking at a couple of Diamond-backed moths I realised that one was definitely different and  I identifies it as Plutella porrectella, with the aid of the Field Guide to Micro Moths. It's always good to catch a Dioryctria sylvestrella, such a stunning moth. In total there were 443 moths of 87 species, 98 micros of 30 species. The Pine Hawk-moth was the seventh in the last nine years, I've never caught more than one in a year.