A single moth for the last day of November.

A Turnip Moth was a surprise. Six moths of six species.

26 moths with four migrant species is exceptional for me. A change in wind diredtion and a cooler forecast may change all this.

Another food night for November with 16 moths of eight species, three of them migrants. Seven Rusty-dot Pearls was surprising.

Still running two traps. I wonder how long this will go on for?

An indistinct Ear Moth. Since I don't do dissections it went on its way unidentified.

Wow! 38 moths including one new for the site.

Another six of the best but only one migrant.

I thought it was about time I caught up with the mothing I've done here since The Scillies. I've run traps most dry nights, but there have been few moths on some.

A windy night and therefore few moths, just 36 of ten species. In addition Jack found a Convoluvulus Hawk moth on a cottage wall down the road. 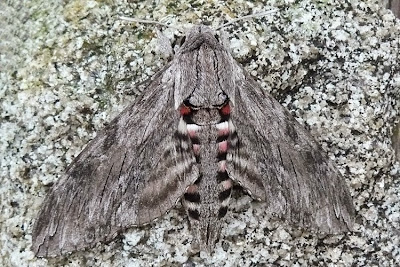 
The various "traps" used over the week varied from the sophisiticated to the crude. 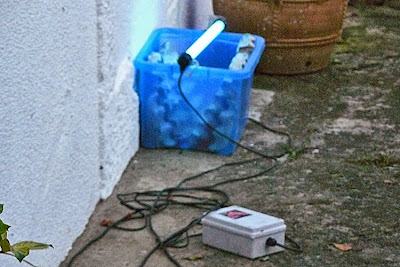 I brought the Actinic tube and el;ectrics with the intention of finding a cardboard box in the shop to make a temporary trap, but on the way up from the Scillonian I found this plastic box in the dust-bin enclosure on Porth Mellon beach. During the week it attracted 384 moths of 27 species. 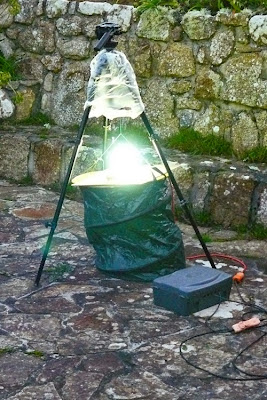 A collapsible garden waste container, a piece of thin ply and a sawn off plastic funnel were the basis for this 80W MV trap. The electrics were taken from an old strip light and the cheapest waterproof box I could find. I fixed it on my tripod at night. It was usually higher than this, but I lowered it in the high wind. This is a "Heath Robinson" trap (my joke!). Rather disappointing in it's performance, as it missed all the real goodies, but did have the Mecyna asinalis, a tick for me. I placed it a sheltered part of the garden, where the light didn't shine in any windows, possible it was too hidden for the best results. During the week it attracted 341 moths of 28 species. 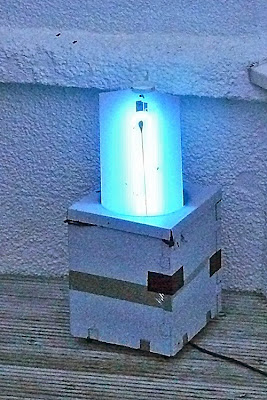 Pete, Jack and Josh's Heath trap came up with the goods, including the Slender Burnished Brass, Speckled Crimson and one of the Convolvulus Hawk-moths (the one today was on the wall of the cottage down the road where our friends, Alex, Jason and Katie, were staying). I was in a prime position, and although the vanes are nor good in high wind, it was well sheltered and stable.A clear view across the sea probably made it the number one target. During the week it attracted 491 moths of 38 species. 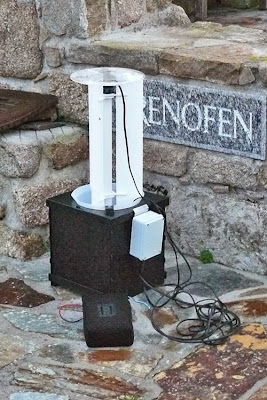 A slightly windier night produced a reduction in moth numbers. In total there were 225 moths of 28 species, using the four traps including Sam's Heath trap.The Vestals and P. vitiealis fest continued and the first, and only Small Mottled Willow arrived. Sam was pleased with two Pearly Underwings in his trap. 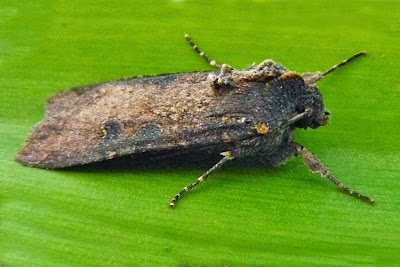 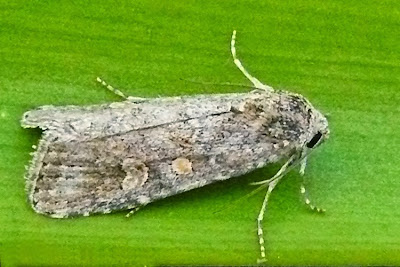 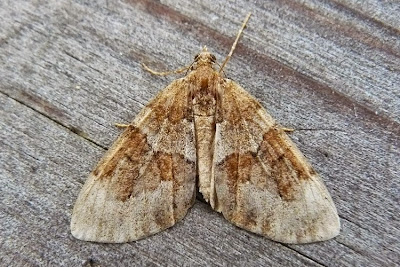 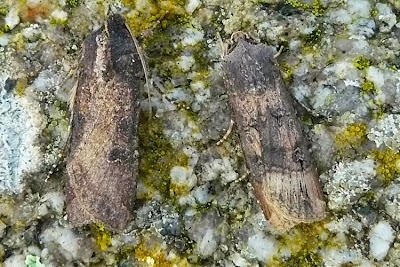 Another new moth for me, a rather plain looking Pyralid, Mecyna asinalis. Three more Vestals demonstrated their variability, two more Vitrialis, one of my favourite Pyralids and first Dark Sword-grass of the week. The Lesser Yellow Underwings we caught were very distinctive, perhaps a particular Scilly colour morph. In total there were 318 moths of 34 species.We had an extra trap with Sam Perfect bringing his Heath trap to the garden. 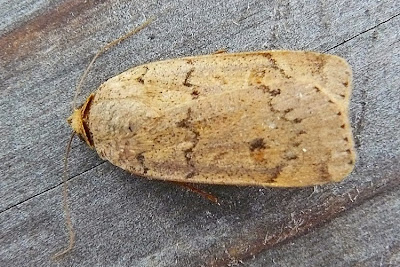 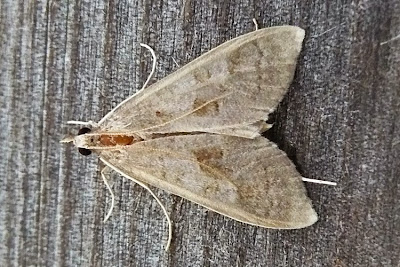 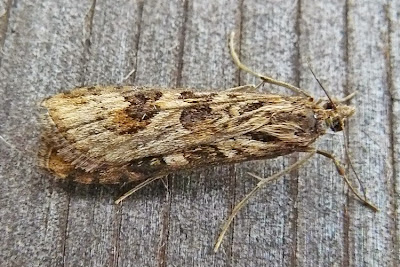 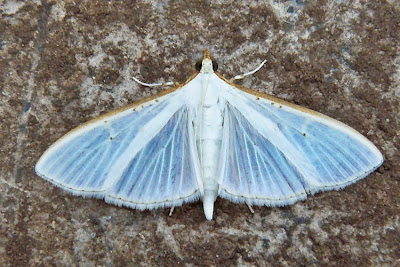 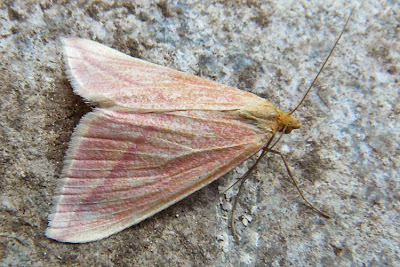 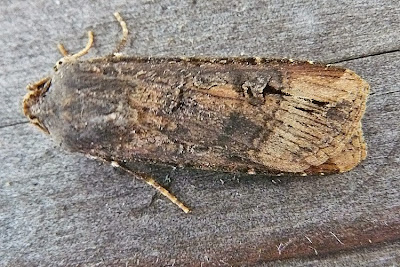