After a night off, first because the very windy and colder weather wasn't promising, and second because my back had spasmed so painfully I decided to give a rest, I did put the traps out, but the weather was still poor. Nevertheless there were 145 moths of 38 species including three NFY.

Going through the photos from 13/6/2020 I identified a new species for the site. 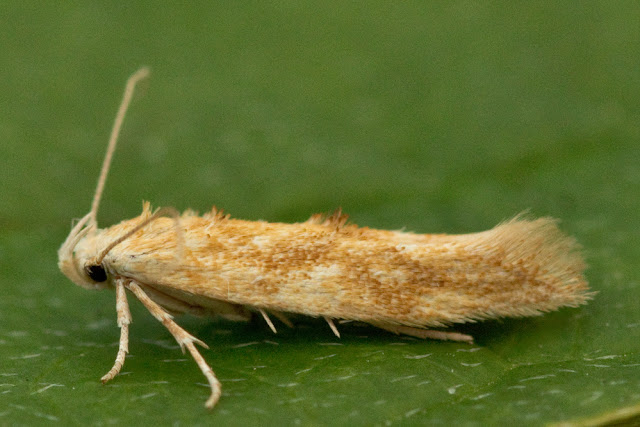 Mompha ochraceella
Posted by Tony Morris at 22:40 No comments:

A very warm and humid night that ended with a Thunderstotm. A lot of moths, 490 of 98 species of a few micros to try to ID and nine NFY,
..
Posted by Tony Morris at 21:29 No comments: