My last list until the end of April/beginning of May and a disappointing one. I'm off to the Pacific, but I don't expect to see many moths.

46 Moths of 12 species was the best to date this year. Diurnea fagella, Mottled Grey and Angle Shades were new for the year and the Mottle Grey was only the second one I've caught here. Coincidentally Nigel caught one at Kingsdown (4.23 Km away) last night. His first for the site.

I caught this last night. I wasn't sure what it was at first, but down the road at Kingsdown, Nigel Jarman caught a Mottled Grey last night. Looking at pictures on the WEB it seems that they can be very yellow. Is this what I have here? It's seven years since my one and only previous one, so it is an unfamiliar moth for me. Comments welcome. 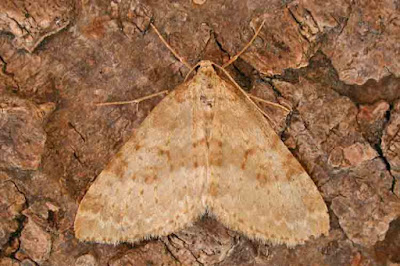 Here, for comparison, is a picture from Nigel of the Mottled Grey he caught at Kingsdown. 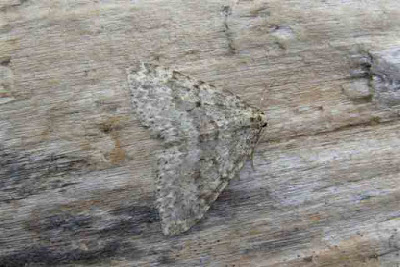 The Actinic caught up today with 15 of the 26 moths caught. Nothing new or exciting, but the biggest catch of the year (by one).

Oddly all moths this morning were in my MV trap and none in my Actinic. So far this year, when I've had the two running, the split has been 60/40 to the MV.

Saturday Night was a wash out and last night was very cold. I only caught seven moths of three species. 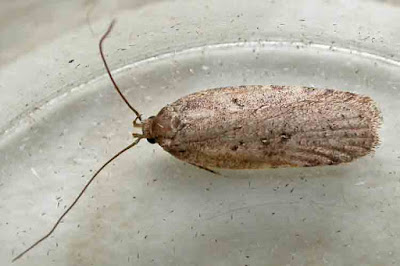 The first Herald of the year and another Depressariinae that I think is A heracliana. Please let me know if I'm wrong!

A few moths, but nothing new for the year.

My MV trap is back in action, a new bulb holder seems to have done the trick. A Small Quaker was new for the year.

Very annoyingly the electrics on my MV trap seem to have packed it in. At the moment I can't seem to find a fault so I may be forced to replace the ballast etc. Consequently I only ran my actinic trap last night.

A couple of firsts for the year, but both common spring moths.

After several days when the weather was too bad to bother trapping, followed by a completely blank night I caught the grand total of four moths last night. I popped into Sandwich Bay B.O. today and discovered this was twice as many as them!

Damp, foggy nights just don't seem to attract any moths here. The only record from yesterday was
a single Emmelina monodactyla on the swimming pool room wall behind my trap. 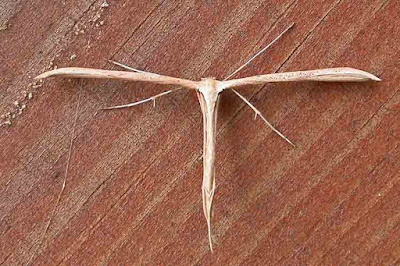 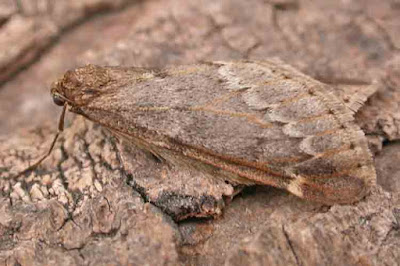 A couple of moth from Last Night.

This very tatty "Chestnut" appeared this morning in my actinic trap. I think it is a Chestnut rather than a Dark Chestnut, even though it is difficult to see the shape of the outer edge. I think that this is The Chestnut, the right side probably shows enough wing shape to rule out Dark Chestnut.
. 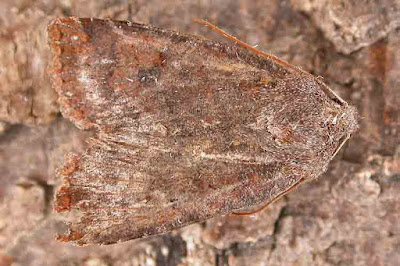 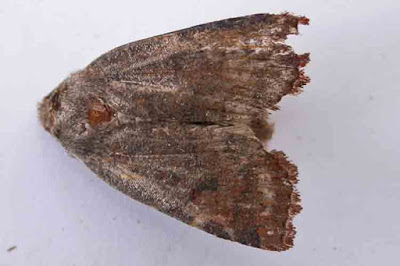 Chestnut sp.?
Another micro I'm not sure of. I believe it is an Agonopterix species possibly ocellana or scopariella. It might not be possible with out dissection. I think that Peter Maton's suggestion (on UKmicromoths group) of Agonopterix heracliana is right for this moth. This is new for the site. 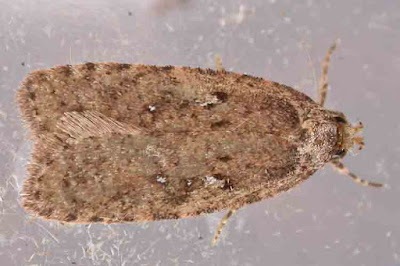 Labels: for confirmation, for identification

After a blank night last night it was good to get a few moths last night. In addition  a Agonopterix heracliana was identified from a photo - see above. 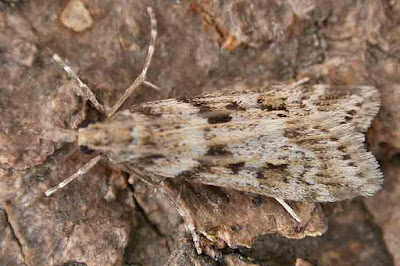