Back home after the Scillies trip. Poor windy wet weather meant that I only put out my Robinson trap. Not one single moth visited.
Posted by Tony Morris at 11:38 No comments:

Our last night of mothing at The Summer House, St Mary's Isles of Scilly. A quiet night with one new species for the trip, a Double-striped Pug. In all 132 moths of 16 species.

Despite being a quiet night, a three star moth in the form of a Radford's Flame Shoulder was a new moth for all of us. In total there were 122 moths of 21 species. 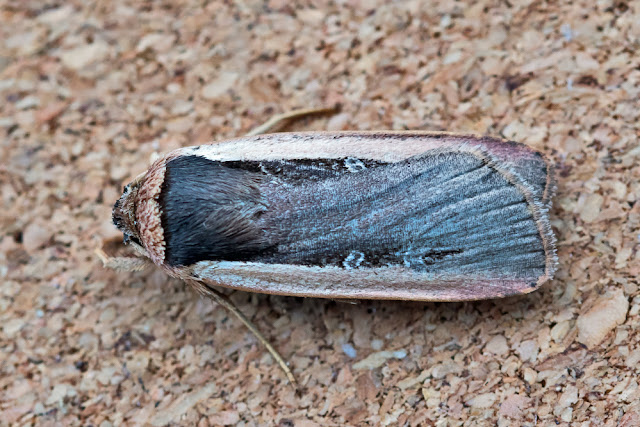 Radford's Flame Shoulder
Posted by Tony Morris at 10:09 No comments:

A quieter night led to a few more moths, 157 moths of 25 species including a surprise Buff Footman.

Cold and breezy. 128 moths of 16 species, including the first Large Wainscots and Silver Y of the visit.

Cooler weather brought a drop in the number of moths,  with just 116 of 20 species.

Our first night on St Mary's, with Nina, Jack and Josh. Unfortunately the wind had changed to the north and and there were far fewer migrants than in the exceptional preceding weeks. Nevertheless we had some good moths. We ran Jack's 125W Robinson and a 15W portable Heath Actinic trap, and a "Morris" 80W collapsible Trap. In total there were 247 moths of 30 species.

The last nights mothing before a few days on St Mary's, Isles of Scilly, produced the first Gem of the year. A Golden Twin-spot was the fourth of the year, the only others I've had were three in 2014. In total there were 160 moths of 33 species. 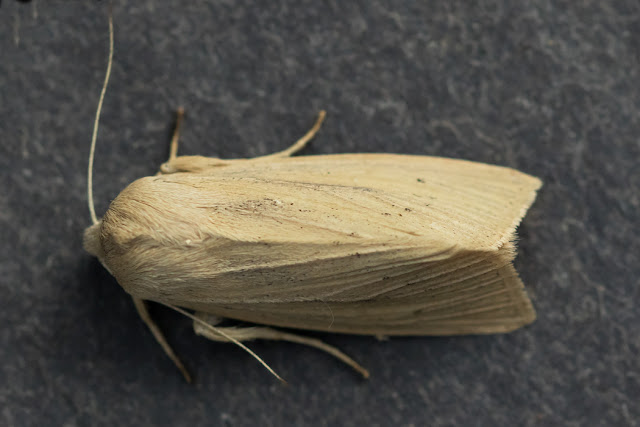 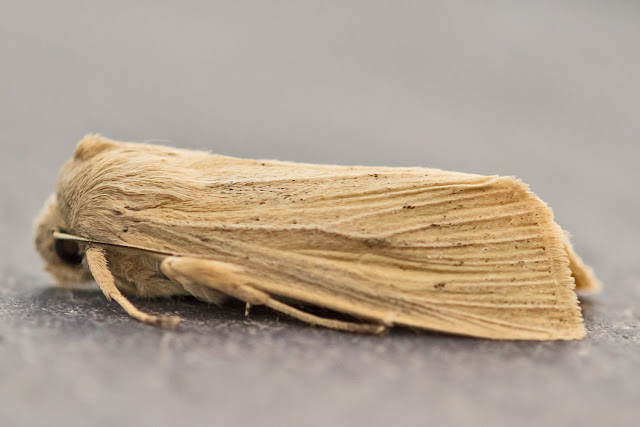 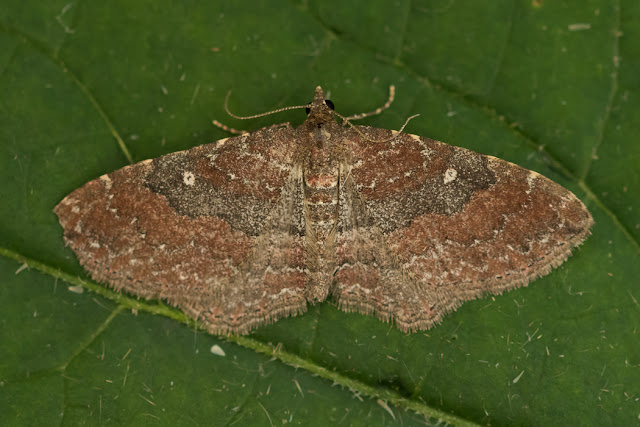 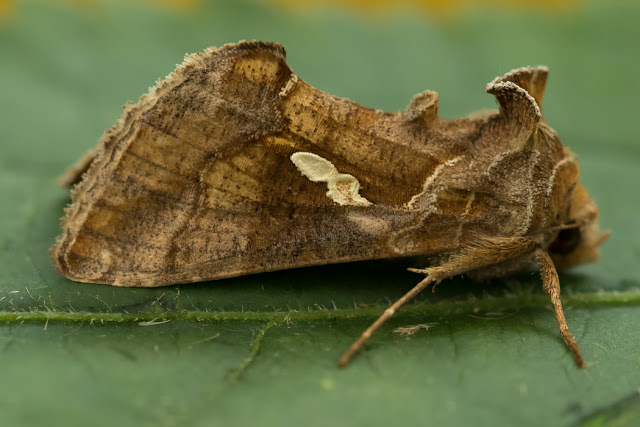 The drop in the number of moths was due to far fewer Large Yellow Underwings. Another good migrant night, and a good total of species. In total there were 248 moths of 41 species.

The predictions that the weather would bring some migrants was, for once, fulfilled. In addition Large Yellow Underwings increased dramatically. There were 329 moths (204 Large Yellow Underwings) including a Hymenia recurvalis that was new for the site and the first Vestal of the year. Nine Palpita vitrealis, eight Delicates, eight Small Mottled Willows, three Scarce Bordered Straws, two Four-spotted Footmen, two Silver Y's and a Rush Veneer were other migrants. There were also a good collection of resident autumnal moths. 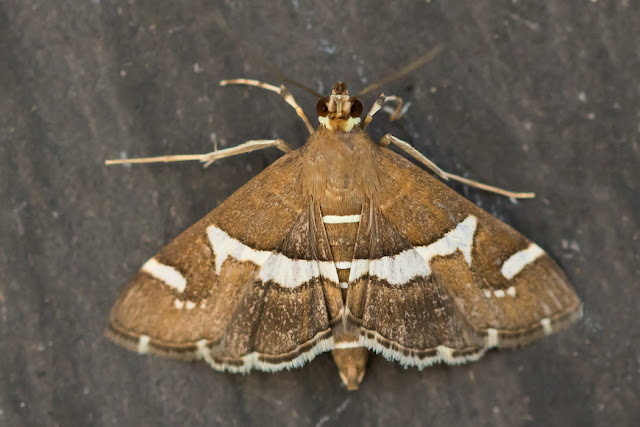 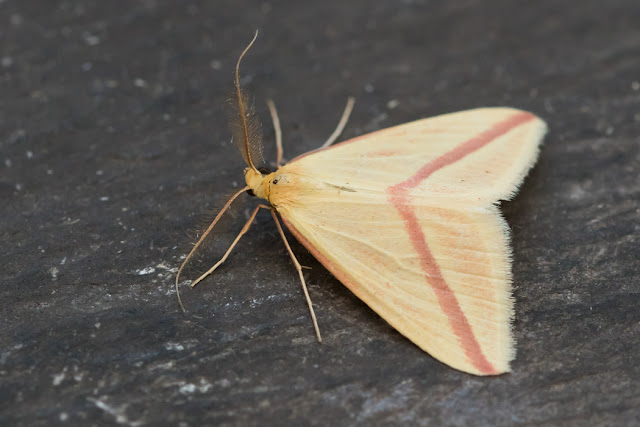 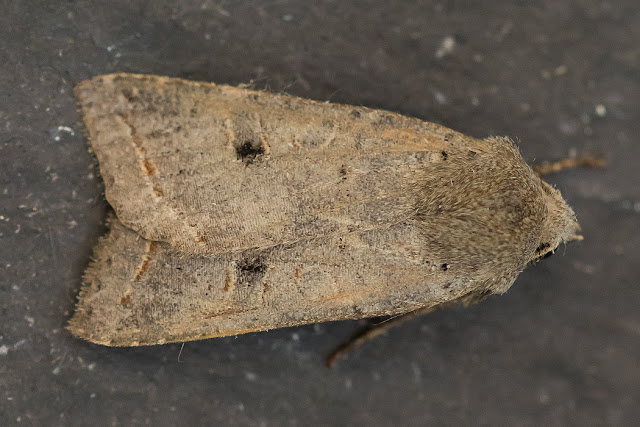 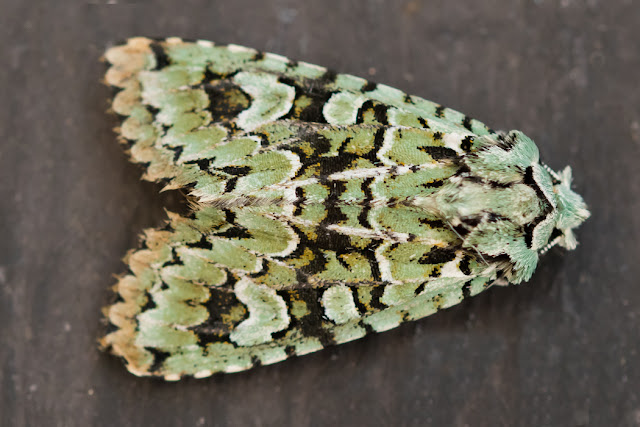 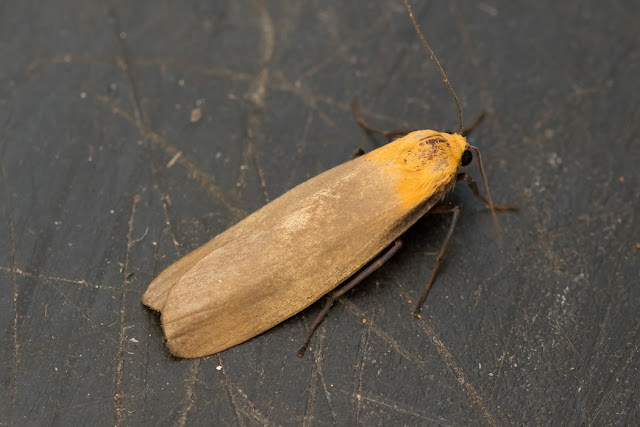 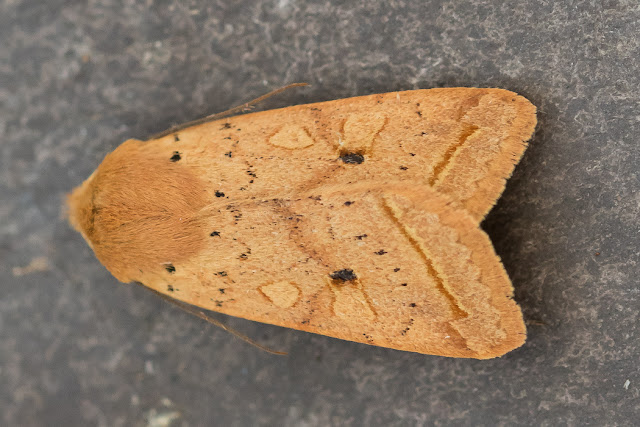 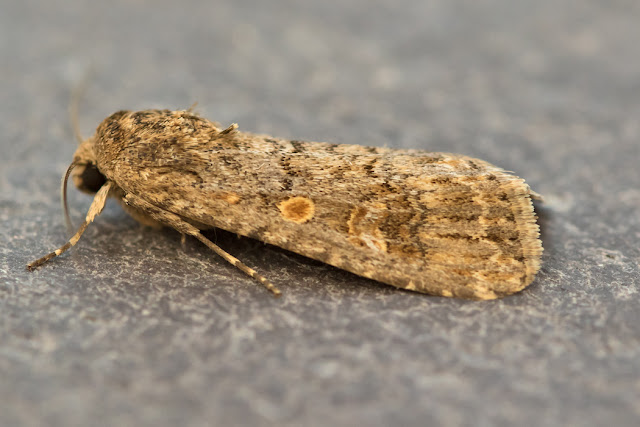 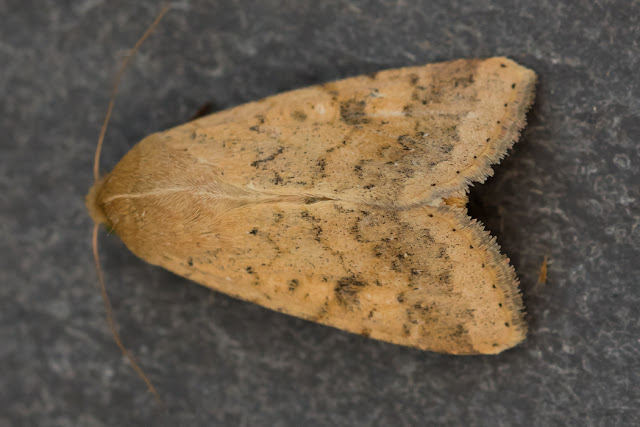 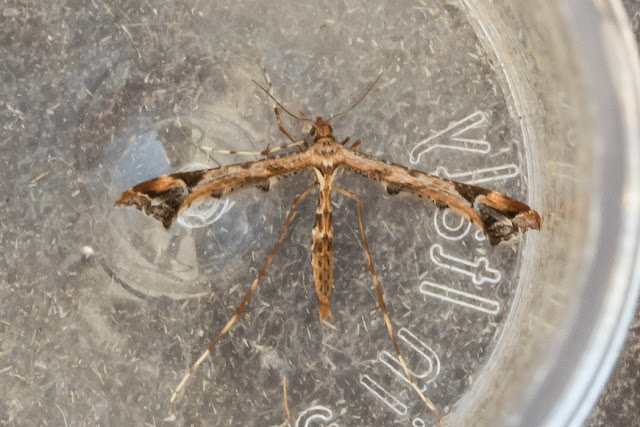 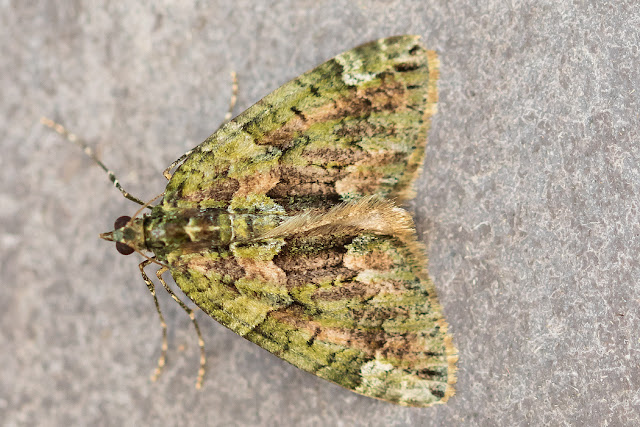 Red-green Carpet,
Posted by Tony Morris at 23:46 No comments: