Although the temperature only dropped to about 12 deg C there was a disappointing collection of 32 moths of 15 species, this morning. The postman improved the day by delivering the New Micro Moths Field Guide and Conifer Moths of the British Isles. My excuses for not identifying micros are diminishing! I've also up-loaded a couple more pictures of the Lunar Double-stripe below. 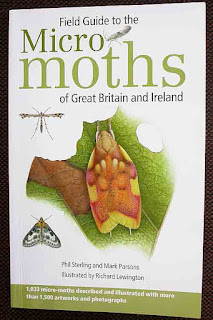 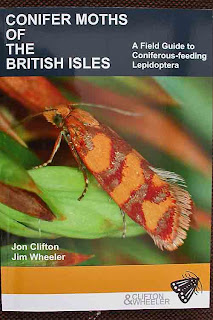 63 Moths of 26 species.Large Nutmeg, was only my second, the first was on 28th May last year. Clouded-bordered Brindle was only the third here, the last was six years ago.

Two moths that had me scratching my head this morning. I think I've solved the first, a Clouded-bordered Brindle (confirmed), but the identification of the second still eludes me. It is the size of a Nutmeg (fw about 16mm). I think I've struggled with Large Nutmeg before, thanks Matt for putting me straight. 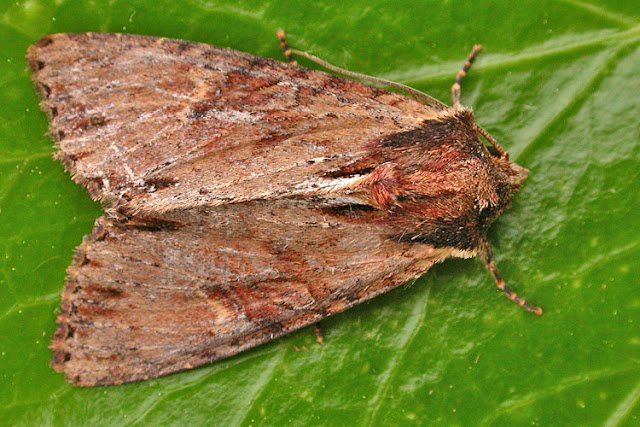 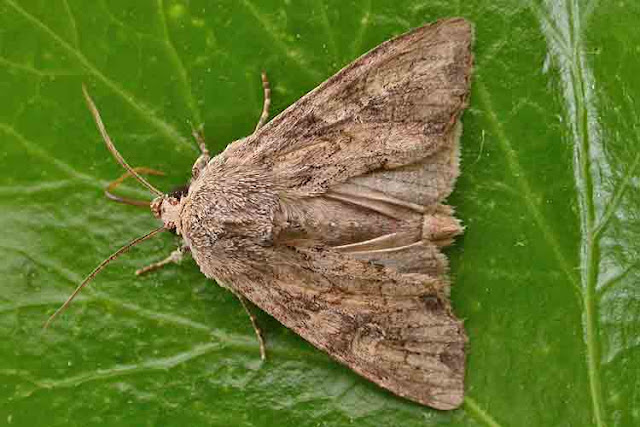 Labels: for confirmation, for identification

Another mild night produced a reasonable catch with 77 moths of 35 species. Nothing wildly exciting but two nice fresh Small Elephant Hawk-Moths were good to see. Seven new moths for the year (NFY). 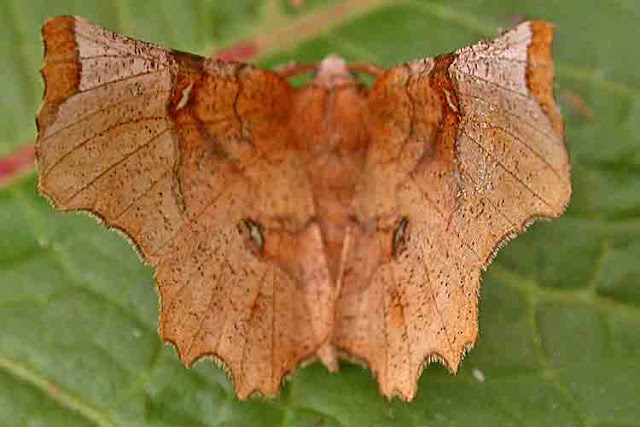 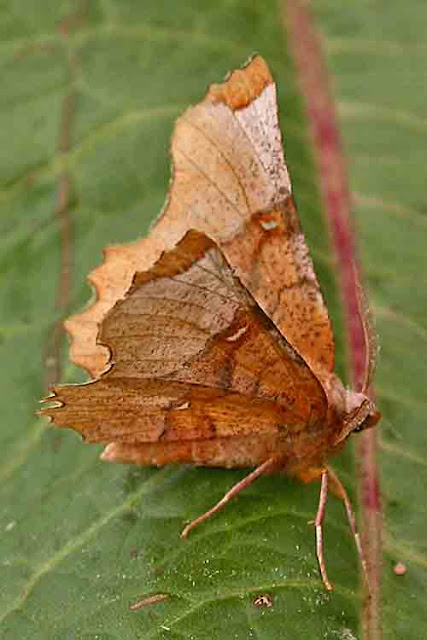 A reasonable night with 64 moths of 32 species. The Lunar Thorn was only the third from the site and the first first generation.

The first Lunar Double-stripe for The Hidden House, and me! 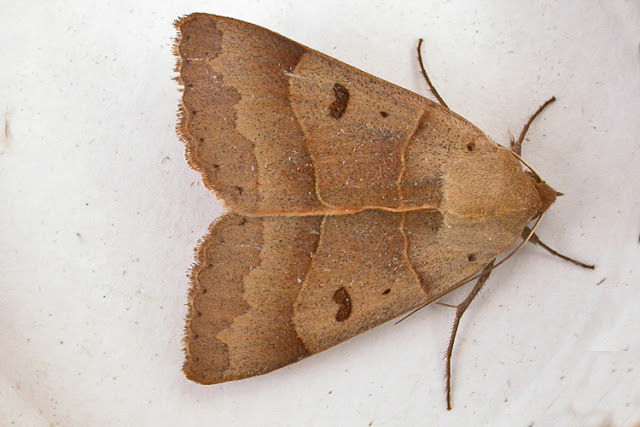 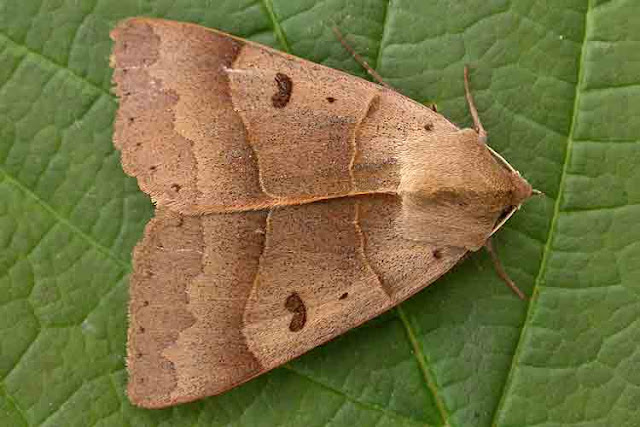 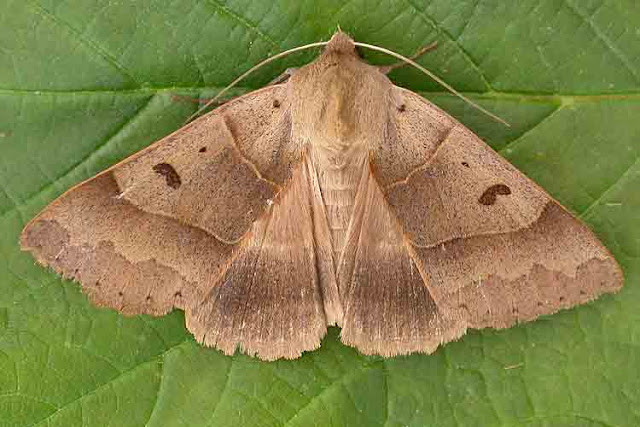 Well not a fantastic number of moths but one which makes it worth while. A Lunar Double-stripe was a pleasant surprise in my actinic trap. A new species for me and quite an uncommon moth. (picture to follow).

Not quite so productive, although for the first time this I ran four traps.

53 Moths of 29 species, suddenly I have some hope for Sunday. On Sunday we have a wildlife event in the village hall, mainly for children and families. I'm supposed to be showing some moths and demonstrating "mothing". I was beginning to think I wouldn't have any moths, but now there's some hope.

Twenty-three moths of eleven species, going in the right direction!

Still waiting for the moths to arrive in numbers!

The  results from the last ten days mothing. I have never had such a poor run in May before. The temperature has fallen to about 8 deg on most nights and after April's weather there just are no moths around.