I debated whether it was worthwhile putting out traps last night. I the end I did put out two, with the same protection as yesterday. It wasn't really productive with 31 moths of seven species.

The weather forecast was pretty bad, so just two traps out, each tucked away out of the rain. There were still quite a few moths, and one big surprise. Six days ago I caught a Hedge Rustic, and it was quite distinct because it had a crumpled bottom to the left wing. Today I caught a Hedge Rustic, again with a similarly damaged left wing. It would seem impossible that a second moth was similarly damaged and I have to  conclude that it is the same moth, which I think is remarkable. Overall there were 184 moths of 18 species.

Far fewer moths, but still the same two dominating. The first Large Thorn of the year and three Scarce Bordered Straws were the highlights.

It's National Moth Night(s), and I had a big night on the middle day in terms of numbers, but so far nothing particularly exciting.  Last night there were 858 moths of 45 species.

A total of 597 moths of only 31 species. The first Lunar Underwing of the year, and a rather odd looking Vine's Rustic. 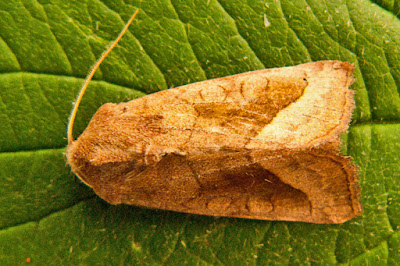 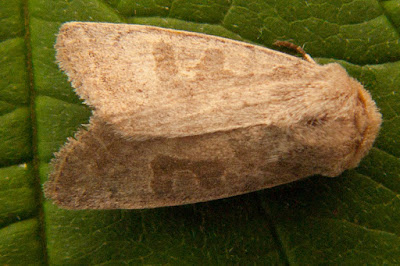 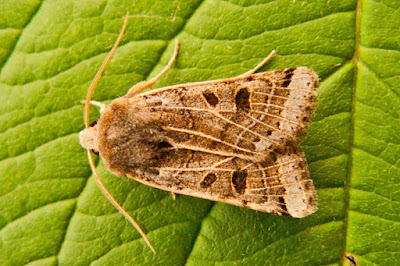 The domination of Setaceous Hebrew Characters continues. In total 643 moths of 41 species. 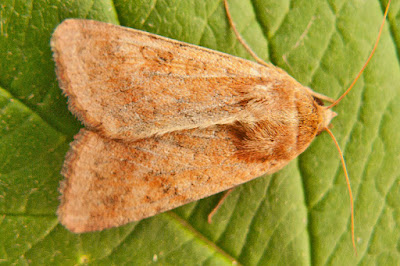 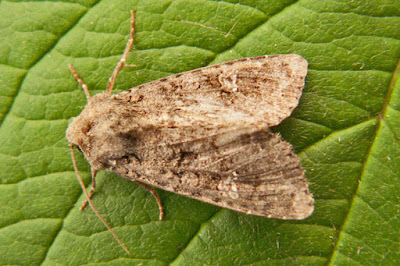 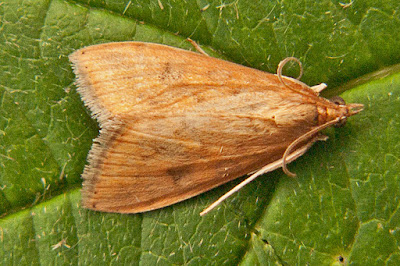 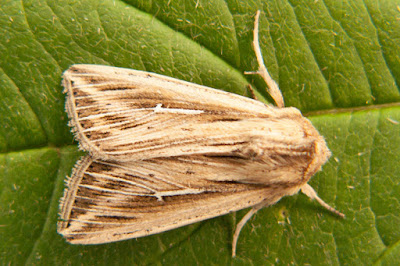 Large Yellow Underwings have nearly caught up with Setaceous Hebrew Characters. A very late Wood Carpet was a surprise. In total 557 moths of 29 species.

A similar night to the previous one with 524 moths of just 34 species. One surprise, however was Hedge Rustic. Unfortunately the crumpled left wing spoils the look a little. This is the fourth record of this species here. 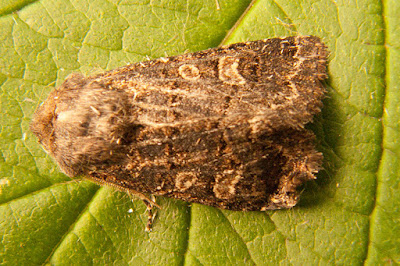